Qatar highlighted a baby in the womb and gave center stage to a severely disabled young man during the opening ceremonies to the World Cup that is being held in the Islamic nation for the next month.

Could the inclusion of the baby and the disabled man be a message to the woke international media that has been on the offensive against the Islamic nation for its rejection of homosexuality propaganda?

At the beginning of the opening ceremony, a video clip showed the evolution of a dream that brought different tribal people together to the Qatari nation to celebrate together inside of a tent-shaped stadium. As part of a dream, a baby in the womb is shown moving slightly before the camera cuts to a ten year old child looking at the sky at a group of flying whales (See about 15 seconds into the opening ceremony video below.)

After the introductory video, the actor Morgan Freeman and a young Qatari man named Ghanim Al-Muftah acted out a conversation about cultural differences and the need for tolerance, while sitting in the middle of the stadium as if inside of a nomadic tent.

Ghanim Al-Muftah’s own personal story intersects with the evil of abortion, as his parents were advised on numerous occasions to end the life of their disabled child while he was still in the womb.

Thankfully, Ghanim’s parents refused to abort him and instead honored his right to life and their role as parents.

Yet, in an intractable step, Ghanim’s parents, Eman Al-Obaidli and Mohammed Al-Muftah, decided to go forward with the pregnancy, and they unswervingly committed themselves to his care, his mother saying “I will be his left leg and you will be his right leg,” she recounted to The Epoch Times.

Mom Refuses to Abort Baby Missing Lower Half of His Body, Now He’s a Motivational Speaker

Woke media and the screaming virtue signaling celebs on social media have been on a crusade to shame Qatar for their opposition to homosexuality, women’s rights, and the alleged death of thousands of migrant workers while working on the stadiums for the World Cup. While Qatar, and the wider Islamic world have serious human rights challenges, what nation doesn’t?

China has hosted the summer and winter olympics while denying its entire population the right to vote and enforcing coercive population control. Where were the woke celebs then?

Furthermore, the significantly more humane approach to unborn life in Qatar (where abortions are still committed after several independent doctors confirm the supposed need due to serious health issues to the mother) highlights the West’s own barbarism in allowing millions upon millions of unborn babies to be dismembered and poisoned while in the womb.

Yet, for the first time in the television era, the BBC refused to air the opening ceremony of the World Cup.

The inclusion of the baby in the womb and the inspirational example of Ghanim Al-Muftah in the opening ceremony should be taken as a call to self reflection by the virtue signaling Western media, but they are also in keeping with other public displays in Qatari culture that acknowledge the human in the womb.

Although until 2013, homosexuality was classified as a mental disorder by the Diagnostic and Statistical Manual of Mental Disorders (DSM) – the DSM is a publication of the American Psychiatric Association for the classification of mental disorders – the Western woke media has been on a veritable crusade against the Qatari nation’s opposition to LGBT propaganda.

When the Qatari ambassador to Germany voiced the islamic belief that teaches that homosexuality is immoral (haram) and is a mental disorder, he was widely condemned amidst calls for a boycott of the World Cup.

When the English team decided they would put on a virtue signaling show that has become commonplace in the United States and Europe, by having their captain, Harry Kane, wear the rainbow flag on his captain’s armband, FIFA, following their rules against political statements, banned them and threatened to give the offending player a yellow card and a financial fine. Harry Kane and the English team backed down.

When an American soccer journalist tried to enter the stadium wearing a rainbow LGBT propaganda shirt, the police allegedly told him he would not be allowed in.

Qatar’s actions were defended by outspoken Qatari academic Dr Nayef bin Nahar, who said he was ‘proud of what happened’ and argued that Western values are not ‘universal’.

A dozen Republican senators voted in favor of a bill that will allow people who ...
By americanprolifer
November 17, 2022 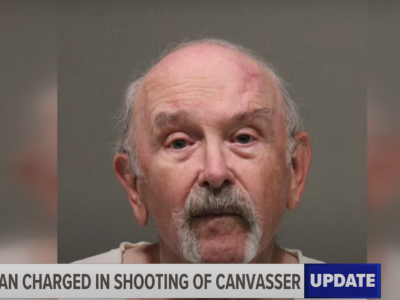 Michigan State Police Delay FOIA Response on the Shooting of Pro-Life Canvasser Until After the ...
By americanprolifer
October 31, 2022
Next Article:
November 22, 2022
min read
0 %
Social connect:
or